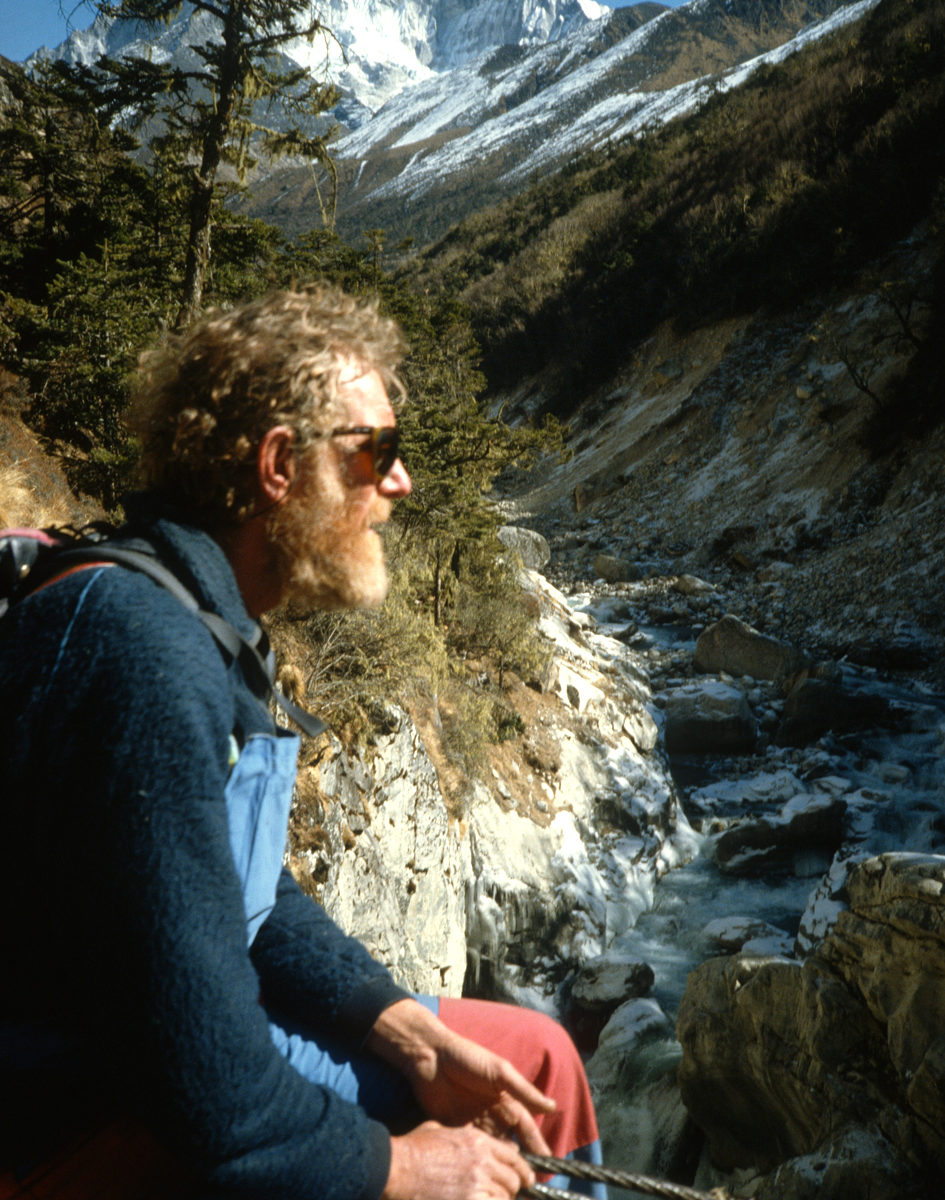 After three years reading economics and political science at McGill University, a mediocre student at best, I forsook my studies to travel, thinking that seeing the world was more useful. I made my first trip to Europe in 1958 as a crewmember aboard a 3,200-ton Italian freighter, landing at Naples. My destination was Geneva where I planned to settle with my future wife, Bridget Pyke, who was arriving at Southampton on the RMS Queen Mary some weeks later. After three months of blissful freedom, touring parts of the UK and western Europe in a second-hand Morris Minor 1000 Convertible, fearing we were about to elope Biddy’s parents called her home. I was 20 and she was 19. A marriage was arranged the following spring, a few days after my 21st birthday, and we returned to Geneva, I to continue studying, having been admitted to the faculty of commerce at the University of Geneva. Commercial studies were not my cup of tea but the university authorities were unimpressed by my prior academic record and refused admittance to the general arts faculty. Not pleased, my days attending lectures were few and to keep off street corners and out of bars I decided to become a cub reporter, working for Switzerland’s only English-language newspaper, the Weekly Tribune.

Being slender and good looking, Biddy got a job as a clothes model. That was in 1959. Daphne, our first child, was born in July 1962. Tamara, our second, arrived in January 1964, and Chloe came six years later, in August 1970. Three more wonderful children I am unable to imagine.

Shortly after Tamara’s birth we bought an abandoned farmhouse at Le Muids in the Vaudois Jura. The property was called Les Saugeons. We moved in while transformation work was still in progress. Looking back, those were supremely happy years. Never had enough money. My wife’s passion for horses insured we remained poor, but we lived in our own house bounded by an orchard and couple of acres of pasture. With the simplest means available we built an open-stall stables in a corner of the front yard under a linden tree, and on a clear day we could look across Lake Leman onto Mt Blanc. Everything was idyllic.

The Sunday Telegraph of London had just begun publication with an editorial staff entirely separate from the Daily Telegraph. My godmother was a friend of the deputy foreign editor and she spoke to him about her footloose godson in Geneva. The Sunday Telegraph had no correspondent in Switzerland. To my surprise I was offered the job.

Working from the pressroom of the UN’s European Headquarters was rather boring. Correspondents like myself were fed boxed news. We had the UN Disarmament Conference to cover. Extremely boring. And the Geneva Round of the General Agreement on Tariffs and Trade (GATT). Even more boring. Then I was introduced to Bernie Cornfeld and began moonlighting for Investors Overseas Services (IOS), at the time the world’s largest financial services combine. My life changed dramatically with the 1967 Six-Day War. Colonel Nasser expelled all British correspondents. But I was Canadian. The Telegraph thought sending me to Cairo was worth a try, so off I went, to the alarm and concern of my wife.

From 1961 to 1976, I remained a correspondent of the Sunday and Daily Telegraph. In 1967 and 1968 I covered the aftermath of the Six-Day War from Cairo. Returning to Geneva, a bout of hepatitis kept me bedridden during the Prague “Springtime” but I was sufficiently recovered to report on the 1969 Islamic Summit at Rabat, which reshaped the face of political Islam. Coming down with “Abukir Bay” hepatitis had an unexpected upside. It saved me from becoming a serious dipsomaniac as I was left with no taste whatsoever for alcohol and a moderate liking for wine.

The floating of the dollar in August 1971 heralded the downfall of IOS and, though not connected, the collapse of our marriage. I had already said goodbye to IOS but the prospect of being permanently separated from my wife and children meant emotionally hard times. I kept looking across the lake at Mt Blanc and dreamed of one day setting foot upon its summit.

A 1966 assignment for the Sunday Telegraph sent me to Chamonix to report on the feared disappearance of American climber Gary Hemming and his British mate Mick Burke while attempting to rescue two German climbers stranded on Les Drus. They were caught in a freak snowstorm. Climbers from all over Europe gathered in Chamonix to await the outcome of one of the most dramatic rescue attempts in Alpine history. I was directed to the Bar National, owned by Maurice Simon, which served as headquarters for les grimpeurs anglais. Grim looking members of the climbing fraternity occupied every chair and table in the place. The atmosphere was crackling with tension. The recue team included two Chamonix guides and two climbing friends of the stranded Germans. René Desmaison, under contract to Paris Match, joined them on the second day. They reached the Germans two days later. Hemming and Burke decided to evacuate the Germans by abseiling down the American Direct Route opened by Hemming four years before. The weather finally broke and then 10 million people followed the rescue operation covered by French television and two helicopters. Everyone got down safely, the Germans after 10 days roped to a ledge; one of a second group of rescuers died, tangled in his rope.

As climbing became more popular more accidents occurred and more Brits lost their lives in the Alps. In those days the capital of Anglo-Saxon climbing was Leysin, due almost entirely to the efforts of two men, American John Harlin and Scotsman Dougal Haston. I never met either but occasionally I was called upon to report on their exploits. Their headquarters was the world-famous Club Vagabond, founded by another Canadian Alan Rankin. Club Vagabond was also home to the International School of Mountaineering, founded by John Harlin in 1965. Harlin fell to his death in March 1966 while attempting to open a direct route up the North Face of the Eiger and Haston, who had summited Everest, was killed in January 1977 by an avalanche while skiing above Leysin. Largely because of Harlin’s charisma, Leysin became base camp for leading Anglo-Saxon climbers like Layton Kor, Don Whillans, Doug Scott, Peter Boardman and Royal Robbins. It was a fabled place and I dreamed of becoming part of the scene.

Under Swiss law our matrimonial regime was dissolved by court order, but not the marriage itself as Biddy never returned the final papers; divorce became by default legal separation. She would have been happy to resume married life as if nothing had happened but there was no backtracking. Our eldest “chickens” had flown the roost, Daphne to Israel, where she eventually married, and Tammy to Montreal, obtaining a degree in sociology from the University of Montreal and a graduate diploma in international development from Ottawa. The court had given custody of Chloe to her mother.

I rented a studio apartment at Les Praz de Chamonix but moved my Swiss residency papers to Leysin. By the time I arrived in the hill resort, the Club Vag – once the hottest show in town – was on a long downward slide. Many people have asked why Leysin? Well, there was its climbing tradition. By then the author of two books and having helped my semi ex-wife to look after horses for a decade, I wanted to climb. I love horses. They are like big dogs. But they are very dependent and require a great deal of care and attention. I found a feeling of solidarity existed in the climbing community, whether amateur or professional, that I wanted to tap into. However climbing is a tricky business and well into my middle life I was too old to learn all the tricks, so out of concern for my safety I climbed with professional guides. Two marked my short climbing career – Jean-Claude Charlet and Pinson Devouassoud, both of Argentières in the upper Chamonix valley and members of the Compagnie des Guides de Chamonix.

With Jean-Claude I traversed Mt Blanc, finally setting foot on its summit, and climbed the Aiguille Verte, a far more technical proposition. With Pinson I twice skied the Haute Route from Chamonix to Zermatt and climbed numerous lesser peaks in France and Switzerland.

Those were excellent times. Biddy returned with Chloe to Hudson Heights, the village near Montreal where she was brought up and where we were married. Soon after the spirits of my youth began telling me to go to the Himalayas and search for the yeti, an animal that few believed existed. Since seeing Eric Shipton’s photos of its footprints in the early 1950s I was convinced that it did. During a 1985 reconnaissance, I met Gyalzen Sherpa. We trekked together and I stayed a few days at his home in Pangpoche. He and his family reaffirmed my conviction. I returned in 1987 and spent a winter with them, travelling through the valleys and across the glaciers of Khumbu. In my case not seeing was believing, especially after hearing on several occasions animal footfalls around my tent and seeing its spoor in the snow a few days later.

I returned to Leysin and wrote a book about my Himalayan experiences. At Chalet Sybil, which I shared with two friends, I found that someone had been sleeping in my bed. That someone was Lucia Kaeppeli, a druggist who on weekdays lived and worked in the lakeside town of Rolle, between Nyon and Lausanne. We became friends and eventually started living together. Thirty years later we are still together.

Jean-Claude Charlet asked me to be the photographer on a December 1990 expedition of French cancer patients to Mount Kilimanjaro. We summited Africa’s highest mountain (5,890 metres) by the Western Breach route a few days before Christmas. Although on the equator, it snowed the night before. The solidarity and determination of the 10 members of that expedition helped make it one of the richest experiences of my life. When I reached Charles de Gaulle on our return I telephoned Lucia to tell her we were safely back; my emotions were so wound up that I cried on the phone. “Why are you crying?” she asked. I couldn’t explain.

My articles in The Financial Post of Toronto on international fraud, and high-level corruption surrounding the sale of Canadian nuclear reactors to Argentina won a National Business Writing Award, followed during the 1970s by three citations for outstanding investigative reporting. Looking back all these years later there were many outstanding people who marked my career. Among the journalists I knew and whose skills and integrity inspired me were Charles Raw, Godfrey Hodgson and Murray Sayle of the original Sunday Times Insight Team, Paul Lewis of the New York Times, Michael Brown of the Daily Express, Tariq Ali Foda of Cairo’s Rose al-Yusuf, martyred because of his progressive religious views, and Financial Post editor Neville Nankivel. I had the honour of knowing and working with two outstanding literary agents: Peter Shepherd of Harold Ober Associates, New York, and Gillon Aitken, of what was then Aitken & Stone, London. During my Indian travels I was encouraged in my research by Mussoorie-based writer, photographer and philosopher Ganesh Saili, and by Delhi antiquarian, art lover and publisher Ashok Agrawal, a man of incredible sensitivity and insight.

My thanks to Dan Urlich, long-time Leysin friend and software engineer, who encouraged me to create this website and showed me how to do it, and to my daughter Tamara, an IT specialist who also guided me, cleaning up the technical tangles I frequently got into. And of course Lucia for her patience and advice.