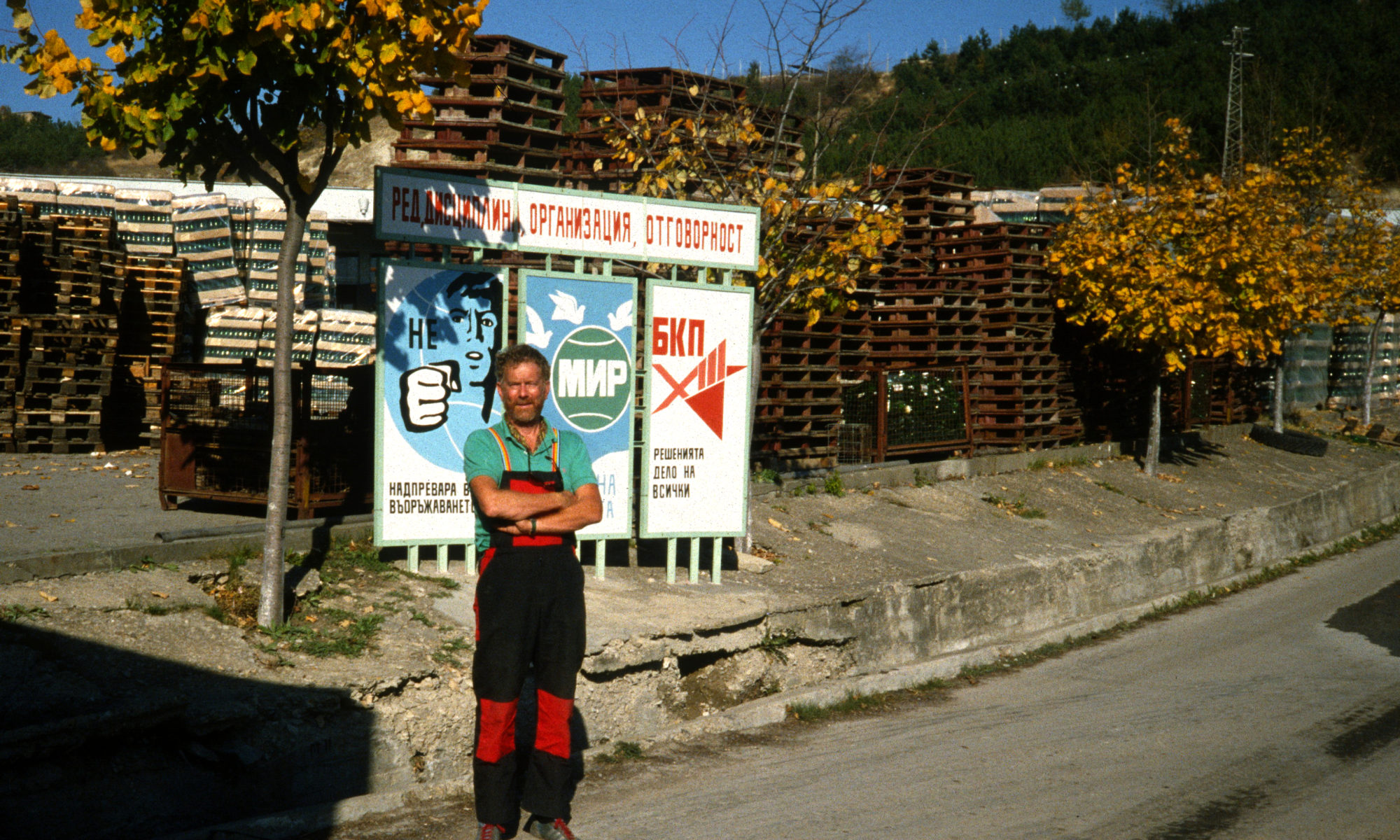 What the critics said

“…an enlightening and often amusing book.”

“Robert Hutchison’s account of trucking to Saudi Arabia is a curious book, part certainly of the literature of travel but also a document of sociological value… Hutchison describes the drivers vividly, and though he claims that they are the salt of the earth, most readers will conclude otherwise…. Hutchison writes agreeably, and he sees the absurdity in the relationships between British drivers and Arab bureaucrats.… The book is a compelling insight into an odd, asphalted world known by few and desirable to even fewer.”

“The story of the diesel gypsies, a tattooed and ear-ringed bunch who know every filling station and brothel on the road, who speed their way through frontier corruption with whisky and girlie magazines, and will air-blow a ton or two of cut-price fuel from their belly tanks to help a friend.”

They love to go a-wandering – Nicholas Wollaston, The Observer, 29 November 1987

“…Fascinating insight into a different way of life. Trucking is a precarious business. Any delay or unforeseen hazard increases the pressure; if the driver doesn’t get there on time, he loses money, so much of the ride is a race against time. Liberally spaced with outlandish characters, well researched histories and geopolitical speculations, Juggernaut is a warm and human travel book.”

“A snarly, sweaty account of a ‘juggernaut’ truck delivery from England to Saudi Arabia.: A compelling narrative about a strange, brutal, dying way of life.”

“Hutchison does a superb job of recreating the milieu and, as a sidelight, provides a background history of Eastern Europe and the Middle East. Lovers of adventure will find this book difficult to put down.”

“Robert Hutchison enlisted in the small army of diesel gypsies, sharing their home cooking and their raunchy exploits. Aside from engine trouble and the occasional stray bullet, his lively memoir records few acknowledgments of the 20th century.”

“Hutchison, who admires them, calls [the long-distance freight drivers] ‘modern merchant-adventurers’, and Danger – Heavy Goods is an appropriately admiring portrait…”

A Long Road to Haul, by Jonathan Yardley, The Washington Post, 27 July 1988