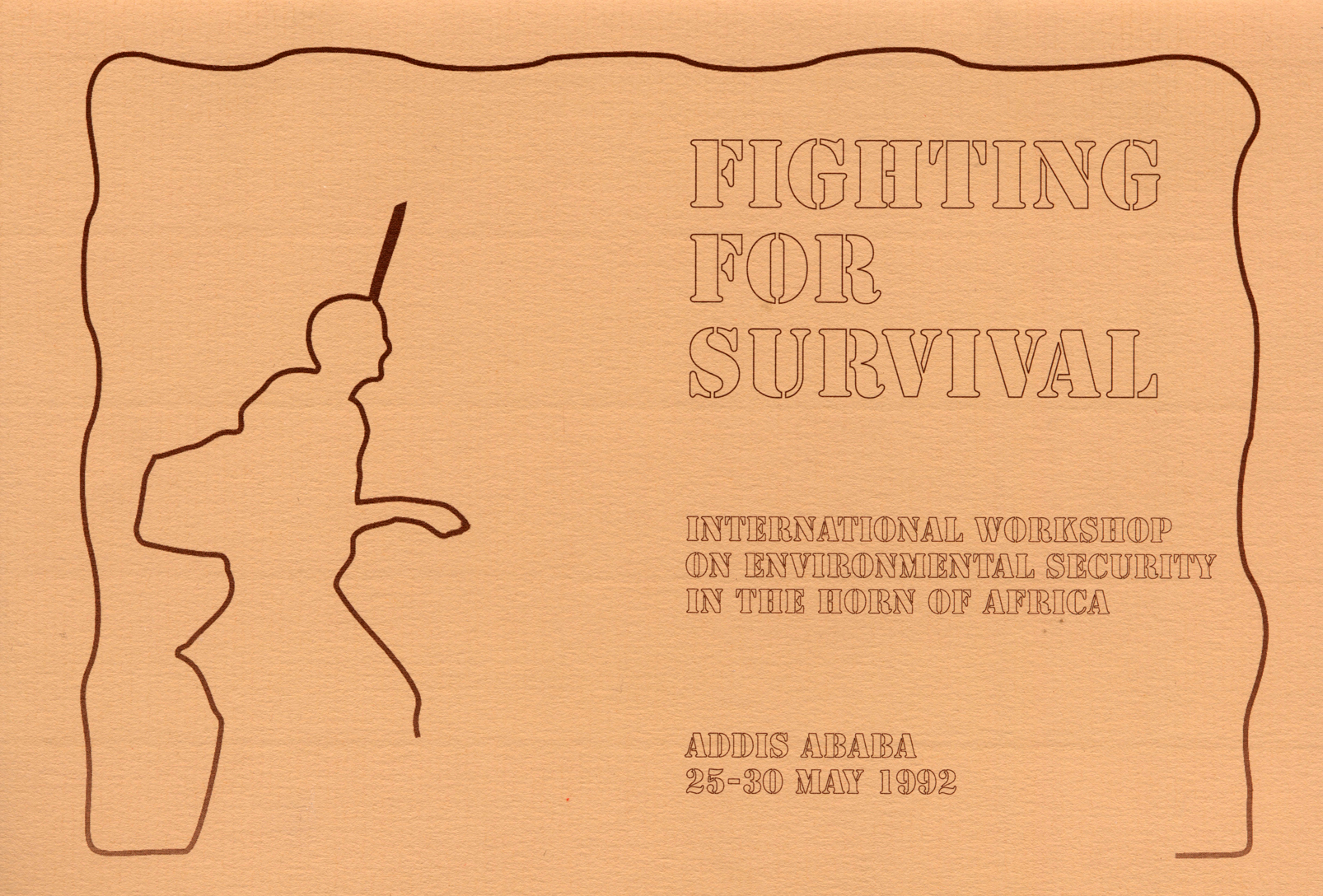 On 4 June 1991 Ethiopia came out of a 16-year civil war, one of the fiercest armed conflicts on record, leaving upwards of three million dead, some by bullet and bomb, others by famine. The coordinator of the IUCN’s Sahel Programme, a Dutchman by the name of Jip Ketel, had a notion and a fear. The notion was that dwindling resources lead to conflict. He feared on-going instability continued to stalk the Horn of Africa. He saw the four countries of the Horn as an open-air laboratory in which to test a new approach to conflict resolution and prevention. The previous year the head of the Sahel Programme, Swedish ecologist Per Ryden, commissioned two British conservationists, Bryan C. Spooner and Nigel Walsh, to produce reports on the causes of insecurity in the Horn. Their findings were to serve as a roadmap for a convocation of experts on environmental security at Addis Ababa. The conference was scheduled for 25 to 30 May 1992.

The timing was right but the scheduling tight. I was hired by the Sahel Programme to edit the Spooner and Walsh papers into a comprehensive guidebook with the title of Fighting for Survival. Conference co-sponsors were recruited – the Intergovernmental Authority on Drought and Development (IGADD), the University of Addis Ababa, UNHCR and Penha, the Pastoral and Environmental Network in the Horn of Africa. I went to Addis Ababa in March 1992 to review preparations. An agenda was drafted, invitations issued, and interest was high. Sir Shridath Ramphal, President of the IUCN, was firmly on board, believing that the findings of Spooner and Walsh would stimulate the debate on achieving sustainable development in a war-torn region. A subsidiary idea was to create HornNet, a Web device for keeping people informed on the region’s basic environmental issues and needs.

Satisfied that preparations in Addis were well in hand, I left on a whirlwind tour of the war zone, intending to use the images thus gathered as a visual backdrop for the workshop. Upon returning to Switzerland, a pamphlet was prepared listing the agenda and guidelines for participants.

Then at the very last moment the IUCN’s director general Martin Holdgate, a biologist with 15 years experience as a Whitehall civil servant, pulled the plug. He claimed the IUCN was facing insolvency. Several member states had neglected to pay their dues and the World Conservation Union was strapped for funds. The Union was in the process of moving into its smart new headquarters at Gland, Switzerland. As it turned out, Holdgate had his own agenda.

Basically a networking person, Holdgate had a large ego that needed constant stroking. Nowhere in the Fighting for Survival material was he given credit for his foresight in convening such a high profile gathering or his strong commitment to its goals. This was a major error. A man with a large ego thrives on all the praise and kudos he can get.

Officials in Ethiopia and Eritrea were sadly disappointed. Much hope had been placed in what would have been the first major international gathering in the Horn since the restoration of peace. It was seen as a chance to re-launch economic development on a sustainable basis and perhaps even heal the political rift between Eritrea and Ethiopia, end the conflict in Southern Sudan and cool growing unrest in neighbouring Somalia. But no – IUCN’s reputation took a serious hit in the region. Its finances quickly improved, Holdgate’s career marched on to greater heights. He was knighted upon retirement two years later. IUCN asked him to write its 50-year history, published by Earthscan in 1999 as The Green Web. In it, Sir Martin made no reference to Fighting for Survival. He wrote: “Per Ryden’s team found that [in the Horn] what may have been unusual was not the drought but the high rainfall period between 1920 and 1970.” In other words, drought and famine did not bring insecurity but too much rain did. I found the reasoning obtuse.

On the next page are a selection of images from my trip.