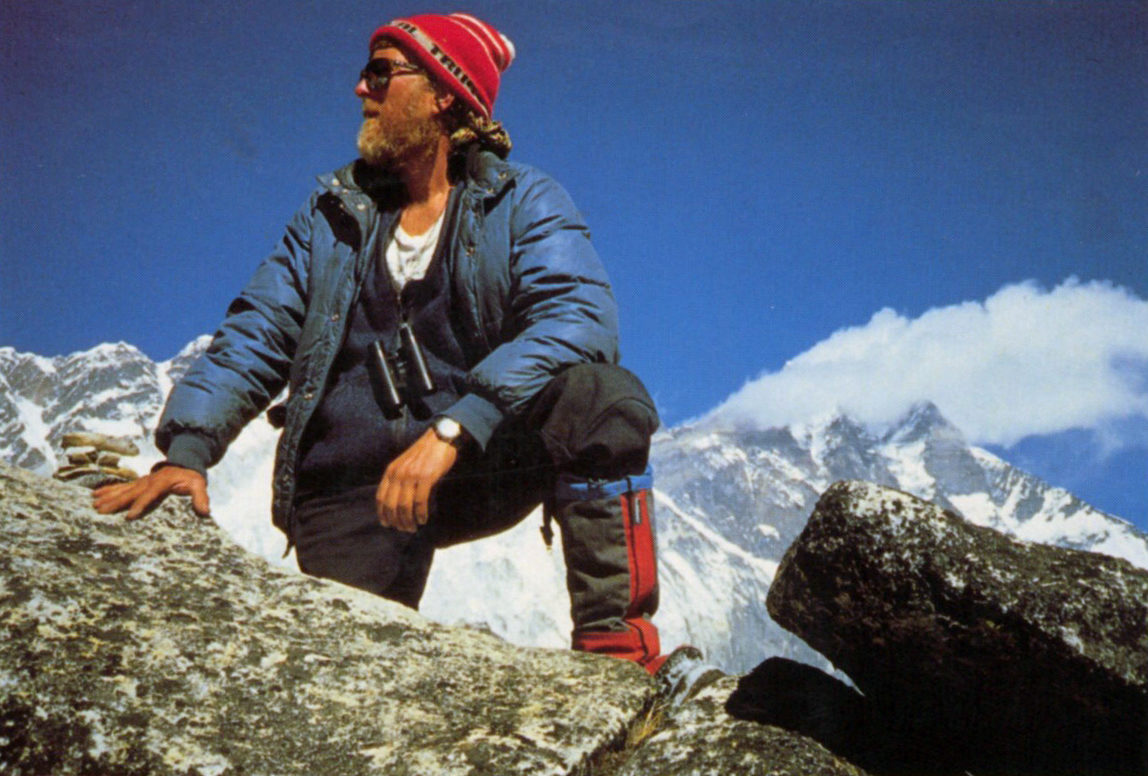 “It is always frustrating not to find what you are looking for, especially when you are really trying. Robert Hutchison spent five months and $48,000 not finding a yeti.… His description of his journey across the deforested slopes of Nepal, never far from the ‘Kleenex Trail’ of the litter-loutish tourist trekkers and accompanied by a Sherpa friend with a terrible cold, is disarmingly honest… Despite his failure to see a yeti, to photograph one, to examine its nesting rituals and collect hair, faeces and other traces, Hutchison remains a believer. Indeed he claims to have provided ‘a wealth of new evidence about the animal’s existence and living habits, resting his case on his discovery of a double line of yeti-like prints which he followed for twenty kilometres and which he suspects were using a regular winter migration route from mountain peak to forest.”

“It was just another night in the Himalayas, up there at 16,000 feet. Robert Hutchison was woken by a sound: ‘tsonk-tsonk-tsonk’. Silence, then ‘an urgent answering tsonk-tsonk from behind the kitchen rock.’ The quest was on: Mr Hutchison was convinced that the phantom tsonker was a yeti. Spurred on by the Sherpas he was soon on the trail. The story is enlivened by pleasing incidental details – talk of the gore, the mom and other Thurber-like creatures… But the yeti is no good in polite company, tending to refuse invitations and slope off into the hills,…”

“They see him here, they see him there, those sharp-eyed Sherpas see the yeti everywhere. Yet to date nobody has managed a photograph… ‘I actually tracked one set of prints over a distance of 14 miles.” And at the end of the trail his discovered the yeti’s fearsome handiwork – two deer and two mountain goats with their ribcages torn apart.”

“It seems that whole reputations in the scientific community have been staked on denying the yet’s existence, or claiming it is something else entirely, maybe a transient bear or a wayward macaque. The author writes: ‘The yeti is alive, though perhaps not so well, and living in Khumbu, north-eastern Nepal.’ The sad fact is that the yeti is on the brink of extinction, a victim of the deteriorating environment.… While [Hutchison] did not find one, his expedition increased the general body of knowledge about the animal and in the process destroyed a few myths… A descriptive, enjoyable read with good colour photographs.”