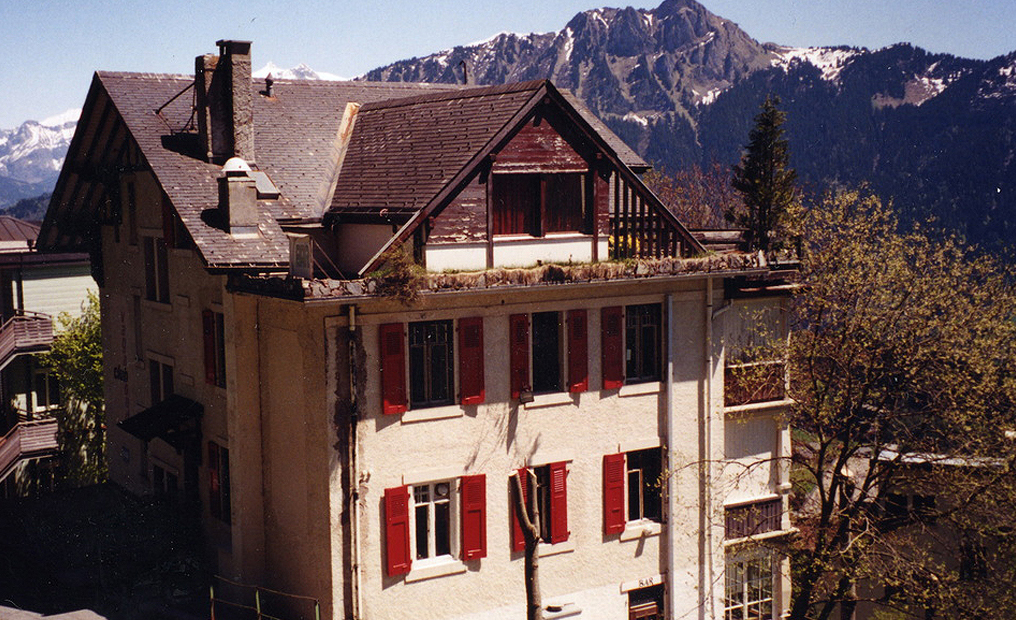 A few years after moving to Leysin I was in Geneva and went to withdraw some money. The teller – at the gateway to middle age – looked at my ID and, seemingly overcome by a tinge of nostalgia, asked if I knew the Vagabond Club.

“Ah,” he sighed, as if he had lost his virginity at Leysin’s most famous institution, “in my day it was a party every night.”

The Vag was famous for many things. A paradise for singles, it was also Cardinal Brewery’s most prolific customer. The Vag sold more draft beer than any other public establishment in Switzerland – or so it was said. In addition to its famed bar, it had a discotheque in the cellar. Famous, too, were the “Vag hags” – a brigade of good-looking, party-loving young women, often from the Antipodes, hired by the owners as housekeepers and kitchen helpers. A lesser-known fact, the Vag possessed its own Alpine climbing route, called the Dining Room Traverse – a passage among the rafters without benefit of artificial aids, across the ceiling of the dining room. Dougal Haston, who had opened new routes on Annapurna and Everest, was the only man ever to complete the Extended Dining Room Traverse. It stretched to a descent through the stairwell and crossed the entire length of the discotheque, all airborne, no touching ground. Now that was the stuff legends were made of !

The Vag not only had its bar and disco but also three upper floors of modestly priced rooms for out-of-town climbers and tourists, and two more chalets nearby to handle peak-season overflow. Listed as a cult destination in Down-under guidebooks, the Vag drew large numbers of Aussies and Kiwis; some never left town.

Leysin offered many other attributes. The village backdrop of three giant rock pillars – Aï, Mayen and Famelon – beacons for travellers since the Iron Age – were escalade equipped. Its ski slopes were admirably groomed and the off-trail skiing possibilities enticing. It had its share of quaint chalets and a growing roster of international schools. Its cog railway connected with the main Swiss rail network at Aigle, six miles away in the Rhone valley. Situated on a sun-soaked balcony facing the French and Valaisan Alps, Leysin is superbly set like a gemstone in the pre-Alps of Canton Vaud.

“The atmosphere was unique,” remembers Larry Ware, veteran climber, English professor and Lawrence of Arabia scholar, who came here to climb in 1964 and settled. “The Vag functioned as a magnate that attracted many of the world’s leading climbers.”

Once famous for its tuberculosis sanatoria, the advent of penicillin emptied the hill resort’s clinics of patients. Leysin faced hard times. The more imposing sanatoria were taken over by international schools and a college that sponsored a champion volleyball team. Leysin American School (LAS), founded and run by the Ott family, occupied the Savoy sanatorium while the American College moved into the Grand Hotel.

The College fell into bankruptcy while the School went from strength to strength, adding the Grand Hotel as its Belle Époque campus. John Harlin, a US fighter pilot stationed in Germany, became the School’s sports director. He founded the International School of Mountaineering (ISM) as a side line. 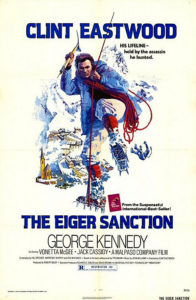 Allan Rankin, another footloose Canadian, had a Yukon instinct for striking gold. In 1961 he and some mates transformed an abandoned sanatorium into the Vagabond Club.

Situated midway between the School and the College, the Vag became ISM’s headquarters and in 1973 served as European base camp for Clint Eastwood’s film crew on The Eiger Sanction. Six ISM guides worked on the climbing sequences, including Guy Neidthardt, a native son, biology teacher and Himalayist, who taught Clint the basics of extreme mountaineering. 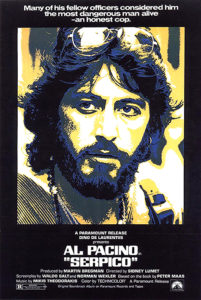 Leysin’s brush with cinematographic fame did not end there. The New York City narcotics inspector Frank Serpico, on whom the film Serpico was based, for almost a decade following the film’s 1972 release made nearby Cergnat his secret hideaway.

The Grand Hotel was the setting for the 1982 film version of Thomas Mann’s novel Magic Mountain.

Leysin also had its share of Olympic athletes. Lise-Marie Morerod, although from Les Diablerets, settled here after winning the 1977 Alpine Skiing World Cup. Silvio Giobellina, another native son, won the 4-man bobsleigh World Championship in 1982 and a bronze medal at the 1984 Winter Olympics.

Rankin sold the Vag to Toronto couple Dave and Johanne Smith but never left town. The Smiths proved popular. Dave was a reserve quarterback for Toronto Varsity and Johanne was one of Varsity’s pom-pom girls.

Then along came Gerard Heritier, a Geneva promoter who blitzed the Alps with the Leysin Rock Festival. During its eight editions the rock festival brought pop stars like Bob Dylan, Jethro Tull, Johnny Hallyday, Lou Reed, Iggy Pop and Carlos Santana to perform on its giant outdoor stage at an altitude of 1,254 metres. Held in early July – the dates were dictated by two other major festivals, Montreux and Nyon’s Paleo – it was finally asphyxiated by noxious weather conditions (one year it snowed).

The slack was taken up by Renaud de Watteville’s Swiss Mate organisation with the Snowboard World Cup, held on the slopes of the Berneuse and Chaux-de-Mont. A more fitting event in terms of image and adaptability to the setting, it brought the top riders in the world to Leysin, essentially a young and vibrant crowd dedicated to having a ball.

All things considered, for a village of 2,500 souls Leysin was an interesting place to live. Stress levels were low, big-city pollution unknown, no traffic jams, a few good restaurants, good times for all. Not quite, as the Geneva bank teller whimsically remarked, “a party every night” but almost.